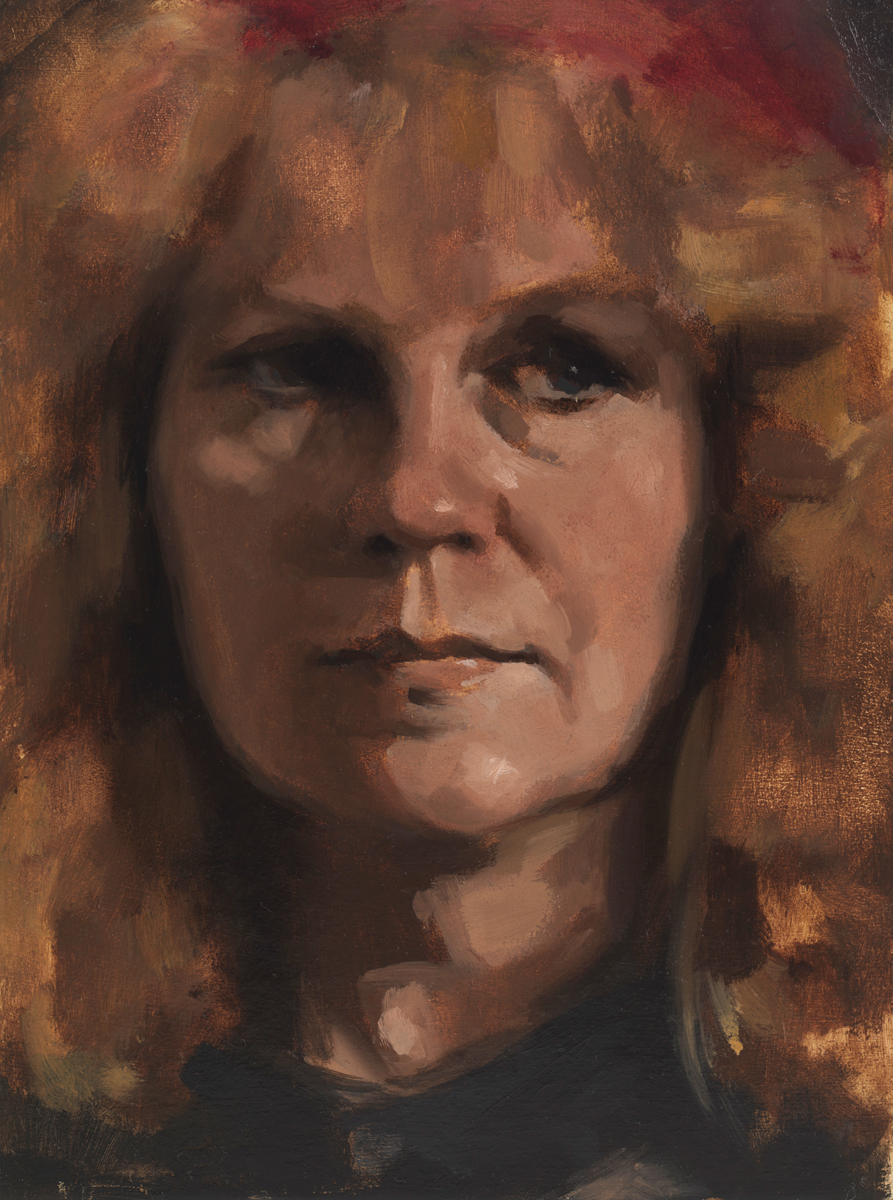 Here’s another small portrait that I completed before Christmas. I’ve had quite limited studio time lately and this scale isn’t too big a commitment – usually meaning that each project will (for good or bad) reach a conclusion.

I didn’t intend for this to be a close-up composition. I started by trying to find the triangulation of the main features, and basically got it wrong by letting things get too big and pushing the outer contour of the head from the panel. On one hand, it’s a shame because Judy has amazing hair and her headscarf is very characteristic; on the other, it provided a different format for me to work with and it’s an idea I think I will return to. Unfortunately, even as a close-up, I also managed to place the features just off balance. So without cropping it further, as it stands I still feel the composition has a slight awkwardness to it.

Another discombobulating feature of this painting is that although it has caught Judy’s likeness whilst sitting, as soon as she was animated during a break, she just looks so different. I’ve found a few models that are like this, but in this case it’s something I found to be particularly striking. We’re aiming to capture the essence of a person, but that’s a dynamic and changeable thing. It’s one of the key challenges, as well as being a point of interest, within the pursuit of portraiture. I suppose it’s also what keeps us going back for more.